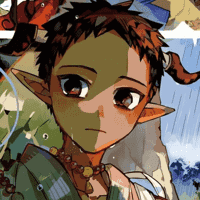 I don’t know if this is interesting to anyone else but I thought it was worth mentioning.

School Mystery No.6 is a supernatural haunting Kamome Gakuen on Awaiting the Moon, a day where several come together to weave baskets without succumbing to sleep. He is currently known as The Reaper from the rumors and guards the boundary closest to the Far Shore.

Up Next
Katakuri Personality Type