The Promised Neverland (Japanese: 約束のネバーランド, Hepburn: Yakusoku no Nebārando) is a Japanese manga and anime series written by Kaiu Shirai and illustrated by Posuka Demizu. It has been serialized in Weekly Shōnen Jump since August 1, 2016, with the individual chapters collected and published by Shueisha into sixteen tankōbon volumes as of October 2019. The story follows a group of orphaned children in their escape plan from an orphanage. An anime television series adaptation by CloverWorks premiered from January to March 2019 in the Noitamina programming block. A second season will premiere in October 2020. 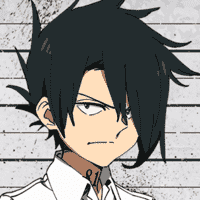 Up Next
Ray Personality Type