Thor: Love and Thunder is a 2022 American superhero film based on the Marvel Comics character Thor, produced by Marvel Studios and distributed by Walt Disney Studios Motion Pictures. It is the sequel to Thor: Ragnarok (2017) and the 29th film in the Marvel Cinematic Universe (MCU). The film is directed by Taika Waititi, who co-wrote the script with Jennifer Kaytin Robinson, and stars Chris Hemsworth as Thor alongside Christian Bale, Tessa Thompson, Jaimie Alexander, Waititi, Russell Crowe, and Natalie Portman. 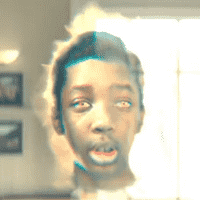 Up Next
Axl Personality Type