[Season 4 is out]! Stranger Things is an American science fiction-horror web television series created, written, and directed by the Duffer Brothers. First episode date: July 15, 2016. Set in the fictional town of Hawkins, Indiana, in the 1980s, the first season focuses on the investigation into the disappearance of a young boy amid supernatural events occurring around the town, including the appearance of a girl with psychokinetic abilities who helps the missing boy's friends in their own search. The Duffer Brothers, Shawn Levy, and Dan Cohen serve as executive producers. 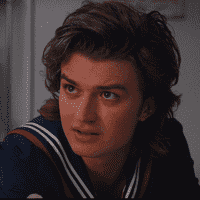 Up Next
Steve Harrington Personality Type