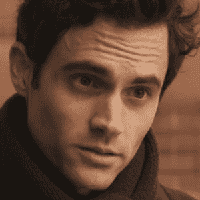 Joe Goldberg personality type is INFJ, the combination of the three functions (Introverted Feeling, which is dominant in this type, with moderately developed Sensing and Judging) gives them an unusual perspective on life that they can use to compensate for their introverted intuition. They are not as good at expressing the more complex emotions as the INFP, however, they are extremely sensitive to their own emotions and can be very self-aware of their feelings. They are very perceptive, intuitive, and analytical, but can sometimes seem cold and distant because of their introverted intuition. INFJ's are very aware of the emotions of others and are excellent at sympathizing with people's problems, but they need to be careful not to become so involved that they become drained by other people's emotions. INFJ's often feel that they have to do everything themselves, which is why they often feel unappreciated because others do not understand the amount of work that goes into even the simplest tasks. INFJ's can get overwhelmed by other people's emotions and lose their own identities in order to please others. It is important for INFJ's to learn to step back and take a step back to see how their feelings change and how other people feel.

Joe Goldberg is a fictional character and protagonist of the You book series, written by Caroline Kepnes, as well as the television series of the same name, where he is portrayed by American actor Penn Badgley and by Gianni Ciardiello, Aidan Wallace and Jack Fisher as a youth. Joe is a serial killer, stalker and former bookstore manager who, upon meeting Guinevere Beck at his workplace in New York, starts to develop an extreme, toxic and delusional obsession. After moving to Los Angeles, to escape his sordid past, he meets avid chef Love Quinn, and starts to fall into his old habits of obsession and violence in order to avoid the fate of his past romantic endeavors.

Up Next
Brandon Personality Type