Crowder was raised by his mother, who was a nurse at a pediatric hospital. His mother always told him that he should think for himself, and that he should not just follow what other people tell him. He was raised in the suburbs of Chicago, where he attended high school. He used to be quite shy, but after high school, this quickly changed. He went on to become quite popular at his high school, mainly because he was able to speak so well.

Steven Blake Crowder (born July 7, 1987) is a Canadian-American conservative political commentator, actor, and comedian. He is the host of Louder with Crowder, a podcast covering news, pop culture, and politics, streamed on YouTube and Conservative Review's streaming service CRTV; at LouderWithCrowder.com, and on Facebook, SoundCloud, iTunes and terrestrial radio. He is also a former contributor at Fox News, a regular guest on TheBlaze, a former voice actor on the PBS Kids children's cartoon Arthur and is frequently featured on The Glenn Beck Program and The Dana Show. 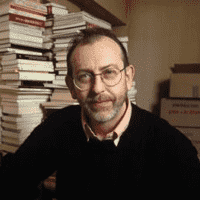