The ISTJ personality type is composed of individuals who are governed by a “judging” attitude, often referred to as the “rule of law”. They prefer to seek and derive meaning and relations from the external world and organize and systematize that data into an orderly and ordered system of knowledge. ISTJs believe that there is a method to the external world’s madness and that it can be used to their advantage if they can just figure out the rules of the game.

Virgo (♍) is the sixth astrological sign in the Zodiac. It spans the 150-180th degree of the zodiac. Under the tropical zodiac, the Sun transits this area on average between August 23 and September 22, and the Sun transits the constellation of Virgo from approximately September 16 to October 30. The symbol of the maiden is based on Astraea. In Greek mythology, she was the last immortal to abandon Earth at the end of the Silver Age, when the gods fled to Olympus – hence the sign's association with Earth. 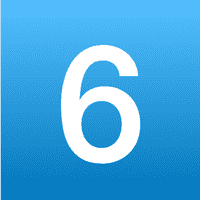 Up Next
6 (Numerology) Personality Type