INFPs can be a little unpredictable, but that’s because they don’t want anything to get in the way of their dream. Sometimes, this can be a pain in the neck, but it also makes them pretty cool. They don’t get hung up on anything, and they get a lot more done than most people.

They’re also great at cooking and cleaning, which can be a little embarrassing to admit, but they care a lot about their home and have a lot of pride in it. Their home is something they can be proud of, and they want people to know they’re a good housekeeper. 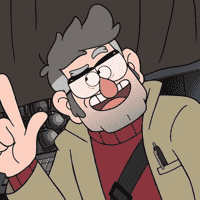