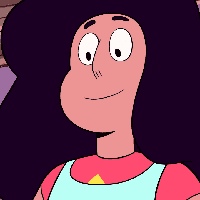 The ENFP personality type is perhaps the most mis-identified type because of its seeming lack of substance. However, it is also one of the most interesting types because of its seemingly endless potential for self-expression and creative expression. I’ve found Stevonnie to be a very creative type. Not only are they easily able to express themselves through their drawings, but they are also quite creative in the way they are able to express themselves using their voice.