The ISTJ is the type most likely to be able to exercise patience and tact when dealing with other people. They are usually responsible, competent and practical people. They are the ultimate "doers" of the Myers Briggs MBTI assessment. They take things seriously and can be counted on to follow through when they say they will. They get things done.

ISTJs make up about 25% of the population. They are quick to label other people as "irrational" or "unreasonable" when things don't go their way. These types are more likely to be the ones who are pessimistic and negative towards others, but they are also the most likely to be good at "getting things done."

If Jolyne's Lawyer personality type is the ISTJ, then it is possible that she was an ISTJ in real life, as well.

The ESTJ is the type most likely to believe they know what is best for everyone else and what is right for the world.

The corrupt defense attorney of Jolyne who meets with her in the detention center. He brings her various items from her mother, including an amulet from Jotaro containing a piece of an Arrow, which awakens her Stand. After she is transferred to Green Dolphin Street Prison, they meet again and he advises her to plead guilty to the hit-and-run charges, telling her that the judge is a good friend of his and would give her a sentence of 1–2 years if she did so. Jolyne maintains her innocence, but he eventually talks her into the plea bargain. However, at the hearing, the judge sentences her to 15 years instead. The lawyer is revealed to be in the pay of Romeo, and congratulates him for being released free of all charges due to Jolyne pleading guilty. 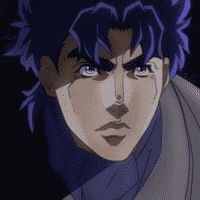 Up Next
Jonathan Joestar Personality Type