BoJack Horseman is an American adult animated black comedy-drama series created by Raphael Bob-Waksberg. The series stars Will Arnett as the title character, with a supporting cast including Amy Sedaris, Alison Brie, Paul F. Tompkins, and Aaron Paul. The series' first season premiered on August 22, 2014, on Netflix, with a Christmas special premiering on December 19. Despite having a satirical take on current events, politics, and show business, BoJack is lauded for its realistic take on dealing with depression, trauma, addiction, self-destructive behavior, and the human experience. 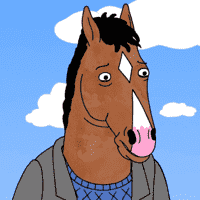