Home
Cartoons
The Legend of Korra (2012)

The Legend of Korra (2012) Personalities

The Legend of Korra is an American animated television series that aired on the Nickelodeon television network from 2012 to 2014. It was created by Bryan Konietzko and Michael Dante DiMartino as a sequel to Avatar: The Last Airbender, which aired from 2005 to 2008. Animated in a style strongly influenced by anime, the series is set in a fictional universe in which some people can manipulate, or "bend", the elements of water, earth, fire, or air. Only one person, the "Avatar", can bend all four elements, and is responsible for maintaining balance in the world. The series follows Avatar Korra, the reincarnation of Aang from the previous series, as she faces political and spiritual unrest in a modernizing world. 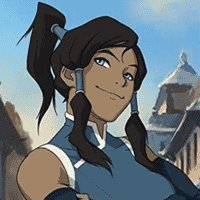 Up Next
Korra Personality Type