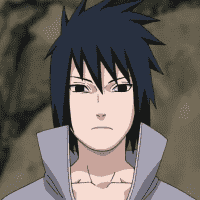 Sasuke Uchiha personality type is INTJ, also known as the "The Architect" or "The Leader".

Sasuke Uchiha's favorite movie is the movie Die Hard (the second one).

Sasuke Uchiha is a fictional character in the Naruto manga and anime franchise created by Masashi Kishimoto. Sasuke belongs to the Uchiha clan, a notorious ninja family, and one of the most powerful, allied with Konohagakure. Most of its members were massacred by Sasuke's older brother, Itachi Uchiha, before the series began, leaving Sasuke one of the few living. Despite becoming empathetic toward his teammates Naruto Uzumaki and Sakura Haruno, Sasuke's feelings of powerlessness force him to abandon his friends and his home in his quest to become stronger, and to find Orochimaru. Sasuke appears in several of the series' animated feature films and related media, including video games, original video animations, and Boruto: Naruto the Movie and its manga sequel, Boruto: Naruto Next Generations, in which he is depicted as a vigilante supporting his village and a mentor to Naruto's son Boruto Uzumaki. Kishimoto conceived Sasuke as a rival of the series' title character Naruto Uzumaki.

A (The Fourth Raikage) 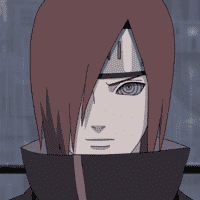 Up Next
Nagato Personality Type