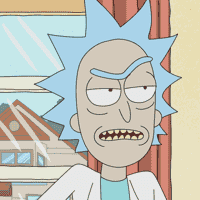 Rick Sanchez personality type is ENTP, and the only other type that fits his description is INTJ. But according to the MBTI Manual, INTJs are so rare that they don’t claim to be INTJ at all.

b) how well you use your brainpower (IQ), and

c) how smart your relatives are (IQ squared).

12) I know everything about you: The MBTI test asks questions like:

If you were a fruit, which one would you be?

Richard Sanchez is one of the two eponymous protagonists from the Adult Swim animated television series Rick and Morty. Created by Justin Roiland and Dan Harmon, Sanchez is a misanthropic alcoholic scientist inspired by Emmett "Doc" Brown from Back to the Future and Mister Fantastic from Marvel Comics. Known for his reckless, nihilistic behavior and pessimistic personality, the character has been well received. He is a sociopathic mad scientist who seems to know everything in the universe and thus finds life a traumatizing and pointless experience. However, despite assuming himself to be the smartest person in the universe, there have been times when he has been wrong. 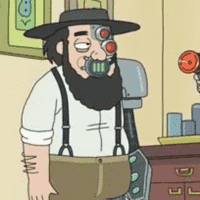 Up Next
Amish Cyborg Personality Type