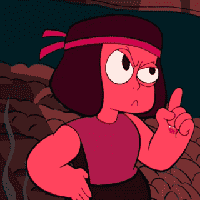 “I’m an ESFP,” I said, feeling like I had just won the lottery. “I’m not the only one. There are others like me!”

“Yes, there are,” Joe said. “But since you’re here, you might as well join the group.”

I was pleased to see that there were seven other ESFPs in the group. Everyone was even more cheerful than me. I began to feel like I was getting the group all to myself.

“I like your name,” I said to one of the other ESFPs named Delores. “It sounds like a flower.”

Delores was wearing a flower-print blouse that looked like it came from the 1970s. Her long black hair was pulled into a ponytail. I knew from being in the Myers-Briggs personality type group that ESFPs have a very special way of being comical, but Delores was playing it straight, and it wasn’t funny at all. In fact, she seemed a little scary.

"Who cares about me? There are thousands of me parading around, it's you I'm worried about..."