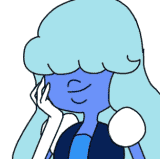 An INFJ is someone who has always had an intense connection with people, learning from them, living vicariously through them, and appreciating the small things in life. INFJs are often described as leaders or as people who “make things happen”.

Infj Personality – This is an infinitely complex personality type that has a few traits that are common amongst themselves. INFJs tend to be very deep thinkers and energetic people. There are many types of INFJs, but all of them have the same core traits.

Introverted Intuitive: Such a person is always in his or her own head, thinking and planning out everything in their mind before they actually do anything.

"you can't be angry forever, everything will have to be resolved eventually and you're just complicating things by postponing the inevitable, I know you think I'm not above this problem, but the point is, yes, I am..."

Up Next
Bismuth Personality Type