Sherlock Holmes personality type is ISTP, which is an Introverted, Sensing, Thinking, Perceiving type. He is an idealist who wants to solve problems by using logic and reason, and he often comes up with his own ideas. He is usually the first to point out flaws in theories, so he is very good at spotting inconsistencies. He is extremely skeptical of everything, so he is frequently called upon to investigate strange goings-on. He is not interested in investigating things for his own amusement. He is very particular about details and does not like to take things on faith. He is also a very good judge of character and knows quickly when people are lying. He is a natural born leader with a “get it done” attitude.

You can tell this type very quickly because most ISTPs have a quiet demeanor. They tend to let their actions do the talking, and they also have a great sense of humor, which may come across as dry or sarcastic. They are witty and can sometimes be sarcastic or dry in speech. They don’t want to waste time with small talk, but they do have a way of making you feel comfortable around them immediately.

Sherlock Holmes is a fictional detective created by British author Sir Arthur Conan Doyle. Referring to himself as a "consulting detective" in the stories, Holmes is known for his proficiency with observation, deduction, forensic science, and logical reasoning that borders on the fantastic, which he employs when investigating cases for a wide variety of clients, including Scotland Yard. First appearing in print in 1887's A Study in Scarlet, the character's popularity became widespread with the first series of short stories in The Strand Magazine, beginning with "A Scandal in Bohemia" in 1891; additional tales appeared from then until 1927, eventually totalling four novels and 56 short stories. All but one are set in the Victorian or Edwardian eras, between about 1880 and 1914. 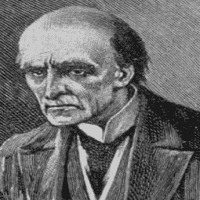 Up Next
Professor Moriarty Personality Type