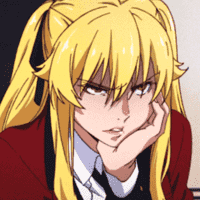 Mary Saotome personality type is ESTJ, so she's probably a little more blunt and action-based rather than a character who's going to come up with a plan and execute it.

It's a shame that Soul Eater is actually a bit boring. It could be a lot better if the characters had more depth, but they're pretty much just there to fight. Maka, however, is a character who's been there from the start and has been portrayed as a good person from the beginning, instead of being a sort of background character, as she was in Soul Eater. When she becomes a Soul Reaper, however, she becomes a "Mary Sue". I don't know if that's true or not, but if she was originally written as a Mary Sue, then it makes sense that she'd become one.

I understand that this is supposed to be a prequel about how she became a Soul Reaper, but her character wasn't developed at all.

Mary Saotome (早乙女 芽亜里, Saotome Meari) is a deuteragonist of Kakegurui and also the main protagonist of the spin-off series Kakegurui Twin. She is a student at Hyakkaou Private Academy, she is also and a classmate of Yumeko Jabami and Ryota Suzui, who is the first character in the entire series that challenges Yumeko and loses against her. 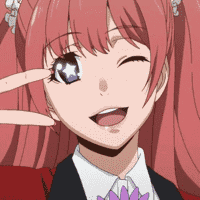 Up Next
Yumemi Yumemite Personality Type