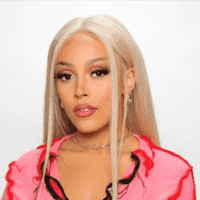 Doja Cat personality type is ENFP, and he's also a fan of the band Pink Floyd.

The theme song of the first season is "Swing It" by DJ Jazzy Jeff.

In some episodes, Guy's name is misspelled as "Guy".

In some episodes, the famous 'bongoloid' is not present.

The ending credits of the first season, and the ending of the first and second seasons and later seasons, features a parody of "Wipeout" with the Doja Cat crew on a swing.

The title card of the first season is animated using frames from the ending of "Wipeout" with the characters on a swing.

There is an error where in one episode, Mr. Whale is seen with his hat on backwards.

Amala Zandile Dlamini (born October 21, 1995), known professionally as Doja Cat, is an American rapper, singer, songwriter, and record producer. Based in Los Angeles, she signed a recording contract with RCA Records in 2014, subsequently releasing her debut extended play, Purrr, and series of singles, including “Go To Town”, “So High” and “Tia Tamera”. Doja Cat rose to prominence in 2018 with her single “Mooo!”, which became a viral success on YouTube. 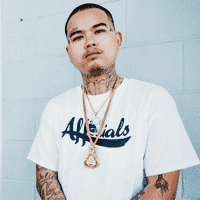 Up Next
$tupid Young Personality Type