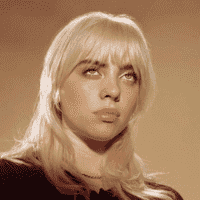 Billie Eilish personality type is ISFP, which means she is an ISFP. ISFPs are people who are fun, creative, and spontaneous. ISFPs are also known as the entertainers of the world. They are great at making people feel happy. They are fun to be around because they are active, energetic, and always up for adventure. “When you’re around my friends, it’s like my life is completely worth living,” says Billie Eilish. “I really enjoy life.”

Billie Eilish Pirate Baird O'Connell (/ˈaɪlɪʃ/, born December 18, 2001) is an American singer and songwriter. She first gained media attention in 2016 when she uploaded the song "Ocean Eyes" to SoundCloud, and it was subsequently released by Interscope Records subsidiary Darkroom. The song was written and produced by her brother Finneas, with whom she collaborates on music and live shows. Her debut EP, Don't Smile at Me (2017), reached the top 15 in the US, UK, Canada, and Australia. Eilish's debut studio album, When We All Fall Asleep, Where Do We Go? (2019), debuted atop the Billboard 200 and became the best-performing album of 2019 in the US. Her accolades include five Grammy Awards, two American Music Awards, two Guinness World Records, and three MTV Video Music Awards. She is the youngest person and first woman to win the four main Grammy categories, Best New Artist, Record of the Year, Song of the Year, and Album of the Year in the same year. 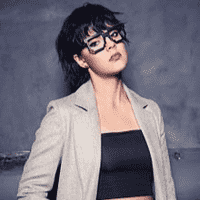 Up Next
7Chariot Personality Type