Star Wars: The Clone Wars is a 2008 American 3D animated military science fiction action-adventure film set within the Star Wars universe, leading into a TV series of the same name produced by Lucasfilm Animation. The film is set during the three-year time period between the films Star Wars: Episode II – Attack of the Clones (2002) and Star Wars: Episode III – Revenge of the Sith (2005), and distributed by Warner Bros. Pictures, who also holds the home media distribution rights to both this film and the first five seasons of the television series, even after Disney's acquisition of Lucasfilm in 2012. 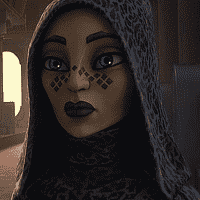 Up Next
Barriss Offee Personality Type