Anne with an E is a Canadian drama television series based on the 1908 novel Anne of Green Gables by Lucy Maud Montgomery, and adapted by Emmy Award-winning writer and producer Moira Walley-Beckett. In the late 19th century, brother and sister Matthew and Marilla Cuthbert, both past their prime, decide to take on an orphan boy to help out around their ancestral farm of Green Gables, on the outskirts of the town of Avonlea, on Prince Edward Island. When Matthew goes to pick the child up at the railway station, he finds not a boy, but a high-spirited and talkative girl, Anne Shirley. At first, the Cuthberts are inclined to send her back, particularly after Marilla's brooch goes missing, and Anne, in despair, runs away. The family reconciles and Anne settles in her new home. 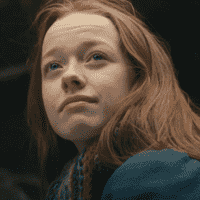 Up Next
Anne Shirley-Cuthbert Personality Type