Jerry Baynard personality type is ISFJ, which is the most common introverted personality type. ISFJs are very loyal and dependable, and they are known to be warm, friendly, helpful, and approachable. They also tend to be gentle, quiet, and reserved. They are the kind of people who are willing to put in a lot of hours of work for their loved ones without asking for any sort of payment in return. They are often overlooked due to their constant work ethic, but they are often appreciated for their efforts.

ISFJ personality types are often found working in careers that involve helping others. They are often seen as the nurses, the teachers, the doctors, the therapists, the social workers, the nannies, the waiters, and the bartenders of the world. Many psychologists have argued that these personality type are the most commonly found personality type in the world because they are so easy to spot.

Jerry Baynard is a French Canadian hired boy whom Matthew Cuthbert hired to help with farmwork around Green Gables, the son of Mr. and Lisette Baynard, and a love interest of Diana Barry. 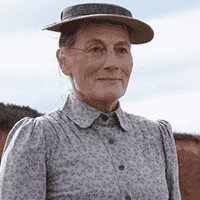 Up Next
Marilla Cuthbert Personality Type