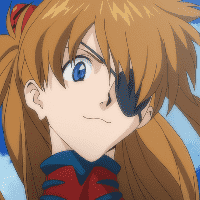 Asuka Langley Soryu Asuka Langley Soryu is a fictional character in the Neon Genesis Evangelion franchise. She is portrayed by Megumi Hayashibara (Japanese: 早川 美早, Hepburn: Hayashibara Megumi) and voiced by Kate Higgins (English), Luci Christian (Latin American Spanish, German and Italian dubs), and Jessica Gee (Philippines). Asuka is the pilot of the Eva Unit 02 and is "awakened" from her long cryogenic sleep. She is also the main protagonist of the Evangelion series, and one of the three female main characters in the series. Asuka is introduced as a shy and timid girl who is afraid of everything around her, but gradually progresses into a courageous and selfless leader and fighter, and later to a reliable and dependable friend and comrade to Shinji Ikari and Rei Ayanami. She pilots Unit 02 and is forced to fight in the Second Impact to protect the world from the Angels.

This profile is for the Rebuild of Evangelion version. 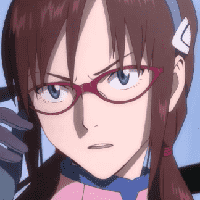 See All Rebuild Of Evangelion Profiles